Sha-Carri Richardson knew the rules, she broke them anyway. Her experience has become an allegory for cannabis users in the United States. For generations, cannabis was illegal in much of the world, people broke the rules anyway. It took millions of rule breakers to change the rules. It may take one bold woman to change the Olympics.

The prevalence of cannabis stigma in older generations has seeped into policy and legislation at every level of government and authoritative body around the world. Sports is no exception. According to the U.S. Anti-Doping Agency, “For something to be added to the Prohibited List, it must meet two of the three inclusion criteria a) it poses a health risk to athletes b) it has the potential to enhance performance and c) it violates the spirit of sport.

Ironically, Olympians are allowed to consume alcohol outside of competition as it does not violate “the spirit of sport.” Unlike Cannabis, it is a societal norm accepted by organizing bodies. And only recently did WADA update their rules on alcohol, banning athletes from “drinking beer before tests.” Many substances have also been included on the banned list due to their illegality, however, cannabis is legal and decriminalized in the state of Oregon, where the infraction took place. Recent legalization of cannabis research has not shown any clear signs of health risk to the general public, and it is challenging to see how it may be perceived as a health risk for Sha-Carri given that she is the fastest woman in her sport and undoubtedly healthy. The only unproven and undecided criteria is that cannabis may be considered a performance enhancer, which is in direct conflict with past cannabis propaganda that informed the rules in the first place.

Although the rules on cannabis use are changing for the benefit of the general public, athletes are the last dissidents of cannabis policy. Retired professional athletes were some of the earliest voices to take the risk of speaking out, and providing insight on the benefits of cannabis as a natural health aid at the elite levels. And only in the last two years have professional athletes successfully advocated for the removal of cannabis as a banned substance from their league, and have gone as far as investing their personal wealth in cannabis businesses. 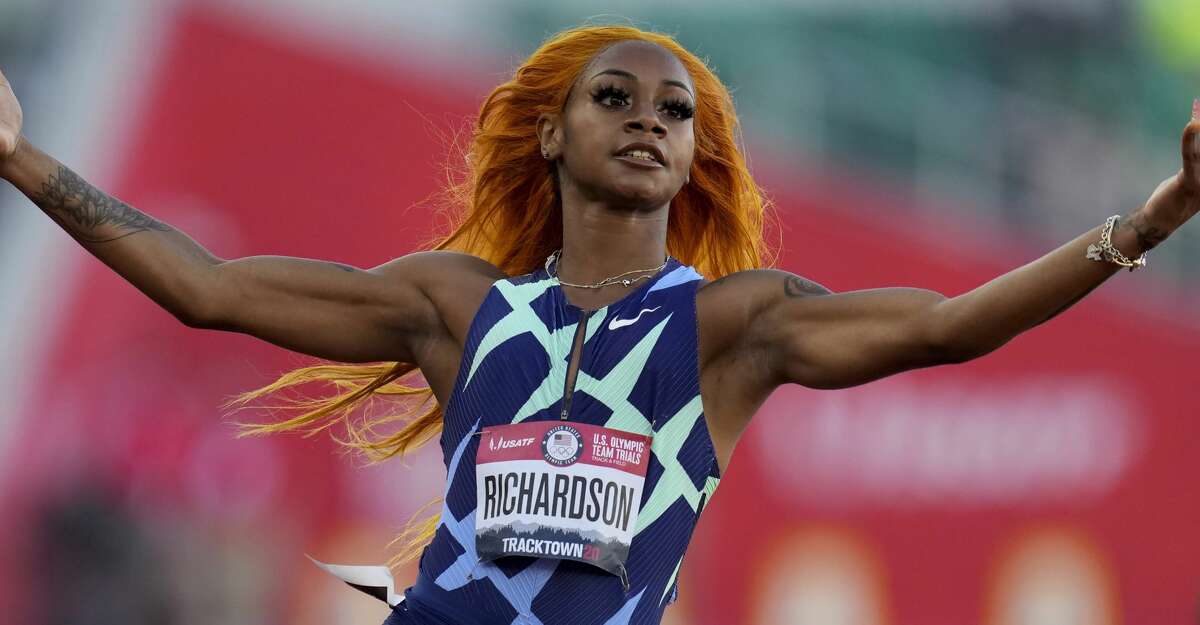 This momentum has not yet found its way to the Olympics. While many have responded to Sha-Carri Richardson’s suspension with “rules are rules,” it has also shown a light on the hypocrisy of Olympic policy. Cannabis has become a part of American commerce, pop-culture, and medicine. Younger generations have not grown up with demonization of cannabis, but only the celebration of it. Making it that much harder for American Olympians to refrain from a plant that helps them be their best selves. Sha-Carri herself said it best, “I am human.”

Cannabis is more than just a plant or a drug, it has been used as a tool of oppression on marginalized and black people by those that get to write the rules. It can not be taken for granted that generation after generation, black athletes have changed the game by being the very best. Not just as athletes, but as people. They create an inflection point in culture by standing for something we all believe in, yet don’t have their courage to fight for it. From Muhhamad Ali and the Vietnam War, to Naomi Osaka and mental health, Sha-Carri Richardson is in prestigious company.

Although we are all saddened that her talent will not be celebrated at the Tokyo Olympics, we hope her very human mistake will result in Sha-Carri being the last Olympian punished for legal cannabis use. Rules are written by people, and it is the people that will rewrite them. It's CBD 101 For Players of All Ranks